Karin Tak: The spirit of Artsakh

Artsakh’s unique geographical and historical position has shaped and influenced the characteristics of the people who live there. Whether that is a general legacy of the various interactions within the South Caucasus, or the ancient traditions and cohesion amongst the Armenian people is difficult to tell. Certainly the situation over the last 25 years has drawn out some qualities which emphasise a robust human spirit which always surfaces in moments of true need; defending one’s family and homeland is the ultimate act of self-preservation and inspires true acts of bravery. 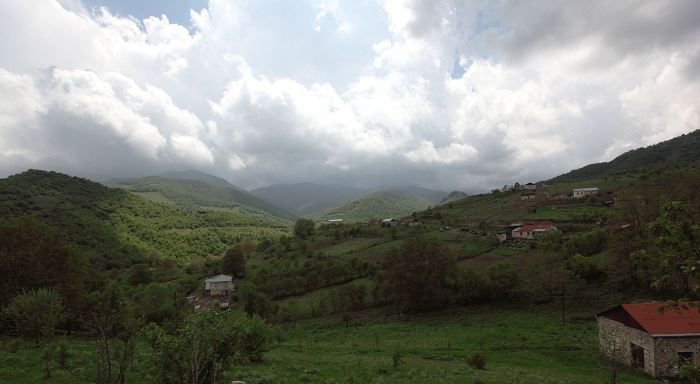 Nestled in the foothills of Shushi is Karin Tak, a village, like many, struggling to survive and surrounded by natural splendour. When I was told the story of how it managed to avoid being taken by the Azerbaijanis I didn’t quite believe what I was hearing. How could a small village protect itself against an enemy who seemed determined to overthrow and destroy the Armenians? What was going through the minds of the men who defended the village against a much larger and better equipped opposition? And for a small village, the loss of more than 50 lives would have been a significant trauma, and the memory of them will last forever, their names locked in a dignified memorial to their sacrifice. 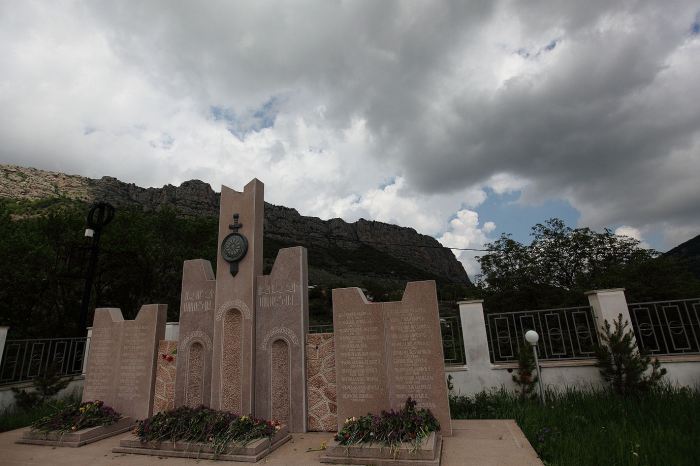 A walk in the village shows that the last 20 years has been arduous, and it is in great need of help. There are positive signs of development as the Hayastan All-Armenian Fund is sponsoring a project to lay modern piping that will provide better water provision for the villagers. The existing infrastructure is metal, and is not buried in the ground so is prone to freezing during the winter. 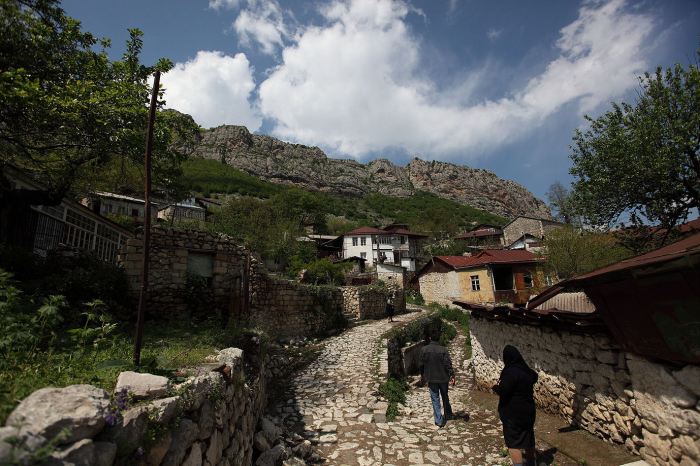 We wandered around the village, admiring the scenery, and the precipitous rocks faces, and the vast landscape which, in part, gave Karin Tak a fortress-like quality. Eventually we came across the church, and an old lady from the village let us in; she was there to sell the ubiquitous candles to accompany prayer and private thinking. She sat me down because she wanted to tell me things. She was old, and had obviously seen many painful times, was humble, and looked weary, but had a kind of peaceful quality about her. 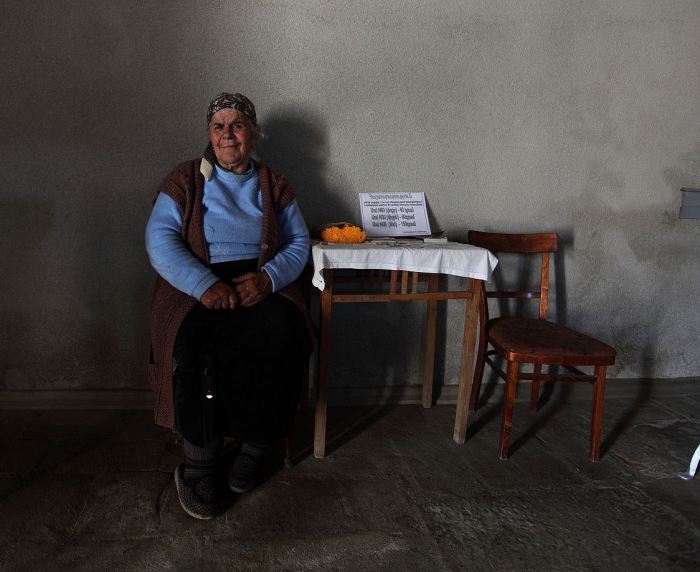 One would expect that the way that the village was attacked during the war would lead to  animosity towards Azerbaijanis without exception;  I anticipated hate. She shared a simple philosophy “If it’s a baby, it’s a baby. It doesn’t matter if it’s Armenian or Azerbaijani. They are all human beings. To me they are all equal” She described herself succinctly “I’m just a servant of God”.

She then told me that she had 4 brothers, all of whom were killed in the war. One of them was on a horse that stood on a mine, which exploded and killed him immediately; he died having saved many people on the way.

She continued to describe the difficulties of everyday life; how they grow the vegetables, and make the journey to Shushi and Stepanakert to sell on the roadside or in the markets. Too many days they cannot sell all their produce, and the only option is to give it to family and neighbours.

She looked melancholy, was quiet, played with the few coins in her hand, looked down and said “Life is difficult. I’m an old woman, this is all I can say”.

She spoke for a few more minutes, I saw the emotions in her eyes, and it didn’t need to be translated. But, thankfully, she finished with a smile, and saw us out of the church and made sure that we knew where we were going to return home. It is difficult to see how the future will unfold for the villagers of Karin Tak, but if this lady’s humbling and solid spirit is anything to go by, then the people who beat the Azerbaijanis will overcome all of their tribulations and be a testament to the resolve of the Artsakhian people.

As we left the village we passed by the remains of an Azerbaijani tank – a reminder, if there needed to be one, of the bravery from 20 years ago.

Like Loading...
‹ Operation Ring : Trading and torturing hostages in the Heart of Artsakh
Youth; the Destiny of Artsakh ›