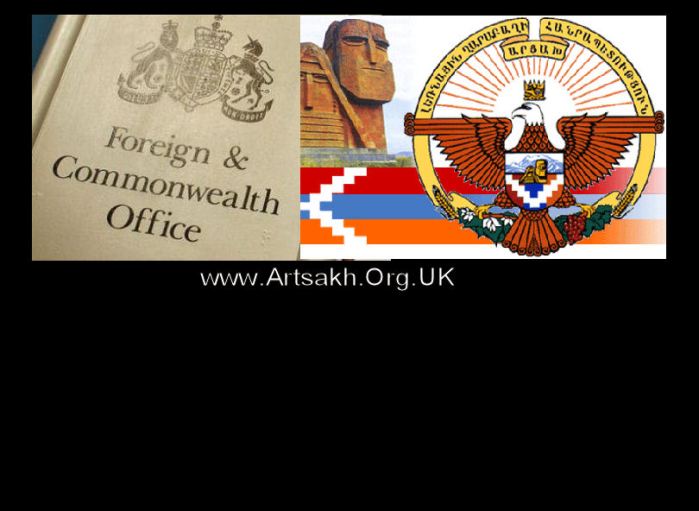 Despite being given an assurance that I would be granted an interview with a Foreign Office official to discuss the UK position on Nagorno-Karabakh, this was subsequently revoked, and I was offered this statement. I shall continue to pursue them, regardless. I am curious as to how they would recommend that someone resolves the inevitable conflict between territorial integrity and self-determination. I will invite them to comment.

The UK is concerned that the Nagorno-Karabakh conflict remains unresolved and is a source of regional instability. Resolution of Nagorno-Karabakh and conflicts in Georgia would bring economic benefits to the wider region.  The longer the conflict remains unresolved, the greater the loss of life on the Line of Contact. There is also a risk that both sides become more entrenched in their positions and a settlement becomes more difficult.

The British Government continues to support the efforts of the OSCE Minsk Group Co Chairs to mediate talks on peace settlement. We encourage Azerbaijan and Armenia to accelerate efforts to achieve a negotiated settlement, based on the Principles of refraining from the threat or use of force, territorial integrity and people’s right to self-determination. It is in all of our interests that a sustainable, agreed settlement is reached. Both sides can do more to reduce tension through increased dialogue and reducing public criticism of each other’s position.

Over the past ten years, we have funded projects which give  people from Armenia and Azerbaijan a chance to meet, work on joint projects and break down stereotypes.  For financial year 2012/13 alone we have funded approximately £1.25 million on projects focusing on Nagorno-Karabakh and wider South Caucasus issues. Given the difficulties people from the two countries have to meet an engage, we hope that our projects have made a difference in countering stereotypes and hate speech.

Like Loading...
‹ Artsakh : Recognition through Common Consent
Turkey’s Press for lack of Freedom: What chance for Artsakh? ›